Labelled as the Hottest New Group out of Northern Ireland, (Chicago Irish American News) Connla have been quickly making an impact on the folk/traditional scene. 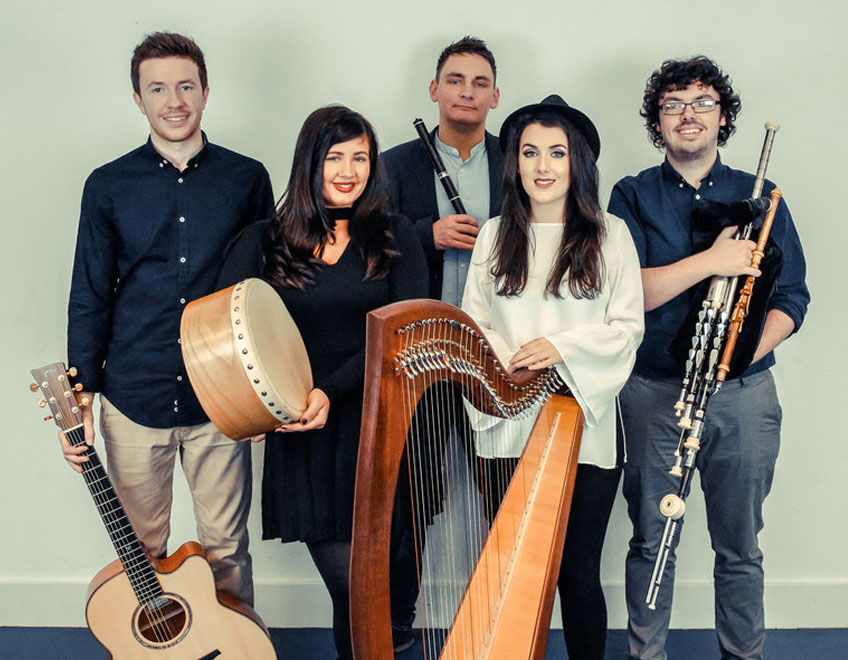 Since the release of their EP in April 2015, and album “River Waiting” in July 2016 they have received fantastic reviews at home and internationally. They have gathered a big following in the UK, Ireland, Europe and the USA.

Songlines magazine made Connla their “must see act” for the tour of the UK and stated “A band this young shouldn’t be this good”. Their sensitive and innovative arrangements of traditional and modern folk songs and tunes, have helped them create a sound which is very identifiable as Connla.