Seán grew up listening to music at home on Dublin with his parents Gay McKeon (uilleann pipes) and Mary Corcoran (fiddle and piano) being his earliest influences. He began playing the tin whistle at the age of 6 under the guidance of Maureen McGrattan. Within two years Sean progressed to the uilleann pipes receiving lessons from Seán Óg Potts. By the age of 15 Seán had amassed a total of 5 Fleadh Ceoil na hEireann titles and before 18 he had won the senior Oireactas solo competition. Sean has performed with Noel Hill, Seán Keane and Steve Cooney as well as forging an exciting duet with fiddle player Liam O’Connor. Seán was honoured to be awarded the 2005 TG4 Young Traditional Musician of the Year. 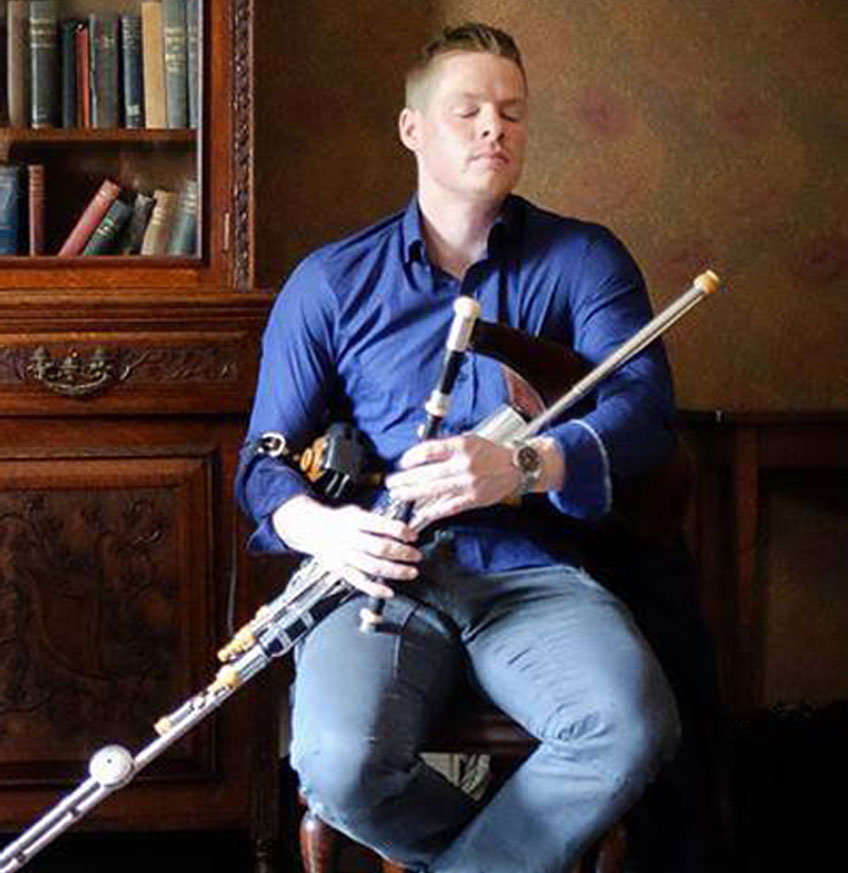 Seán is also a member of the Damien Dempsey band, performing around the world with the Dublin singer/songwriter, a highlight of which was supporting U2 in Croke Park during their 360 tour. Seán appears on Dempsey’s most recent album “Almigty Love” which was nominated for a Meteor Choice Music Prize.

June 2013 saw the release of McKeon’s much anticipated first solo piping album ‘To The City’. He is joined on the recording by multi-instrumental virtuoso John Blake, as well as re-visiting his powerful duet with fiddler Liam O’Connor.