Niall, Cillian and Caoimhín Vallely are members of a traditional music dynasty from Armagh. They learnt their music at the Armagh Pipers Club from their parents Brian and Eithne, and have gone on to forge professional music careers that have brought them all over the world. 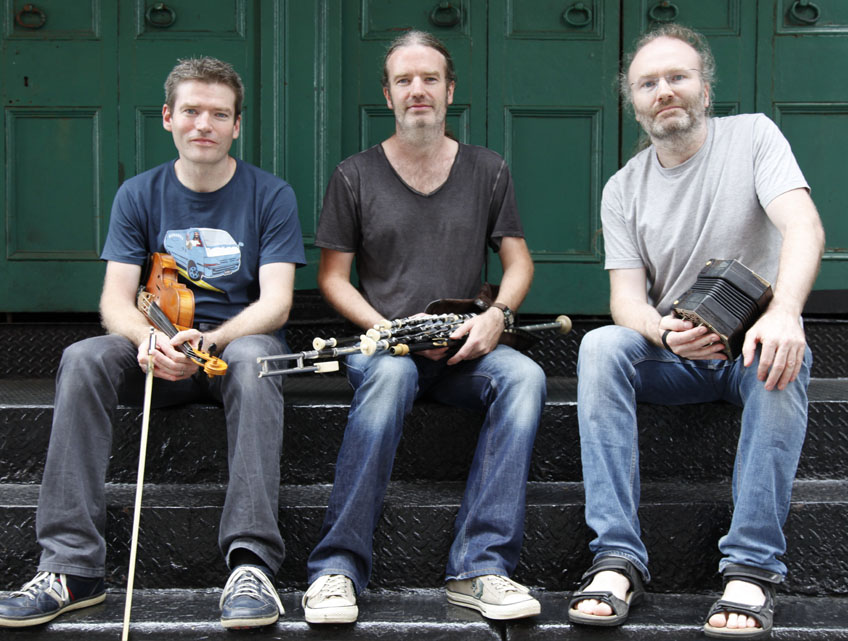 They are the driving forces behind the groups Lunasa, Buille, Nomos, and North Cregg, and individually they have performed and recorded with artists of the calibre of Béla Fleck, Mícheál Ó Súilleabháin, Tim O’Brien, Riverdance, Mary Chapin-Carpenter, Natalie Merchant, Karan Casey, Paddy Keenan, Martin Hayes, and Dónal Lunny among others.

Cillian also featured on the Bruce Springsteen album – High Hopes! Not to be missed!