Born in Perthshire in 1983, Ross began his career as a member of the Perth and District Pipe Band, before joining the Vale of Atholl Pipe Band, where he was mentored by piper Gordon Duncan.

Hugely influenced by Gordon’s fearlessly innovative spirit and groundbreaking compositions, Ross began exploring his own abilities as a composer and writing his own tunes, and in 2002 he was a finalist in the prestigious BBC Radio Scotland Young Traditional Musician of the Year competition. 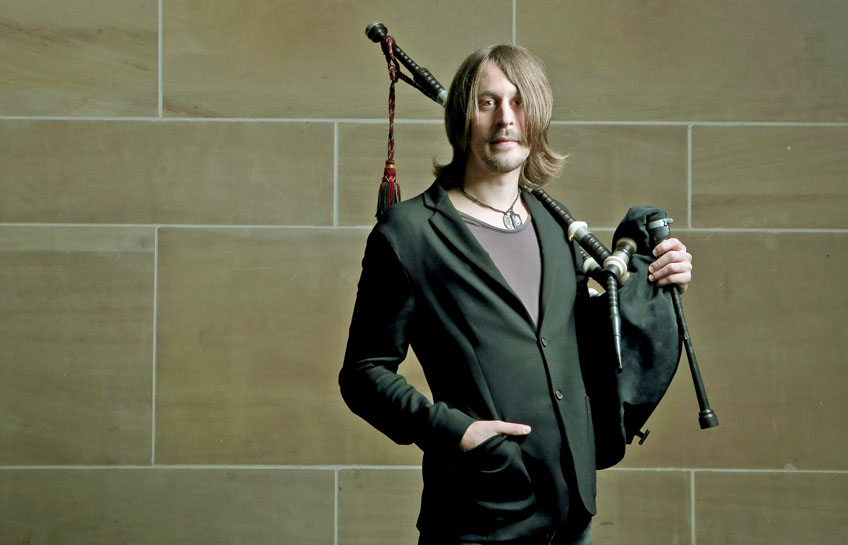 One of Scotland’s finest traditional musicians and composers, he plays the pipes, whistles and cittern.

He is renowned for his highly acclaimed solo material, and as a skilled performer and prolific collaborator who performs regularly with bands Treacherous Orchestra – of which he is a founding member – Salsa Celtica, Dougie Maclean, Ali Hutton, Jarlath Henderson, Charlie McKerron, Tim Edey, Hamish Napier and India Alba.

Ross has 3 solo albums to date;

… he is currently working on his 4th album called Vana which is due out in Autumn 2020.

Ross will be playing with Ulaid and Stephen Byrne on Saturday 20th June – Doors 7.30pm Concert 8.00pm. Not to be missed. Watch out for him taking part in sessions around the village where he will be belting out a few tunes.